The Rise and Rise of Premium Bourbon 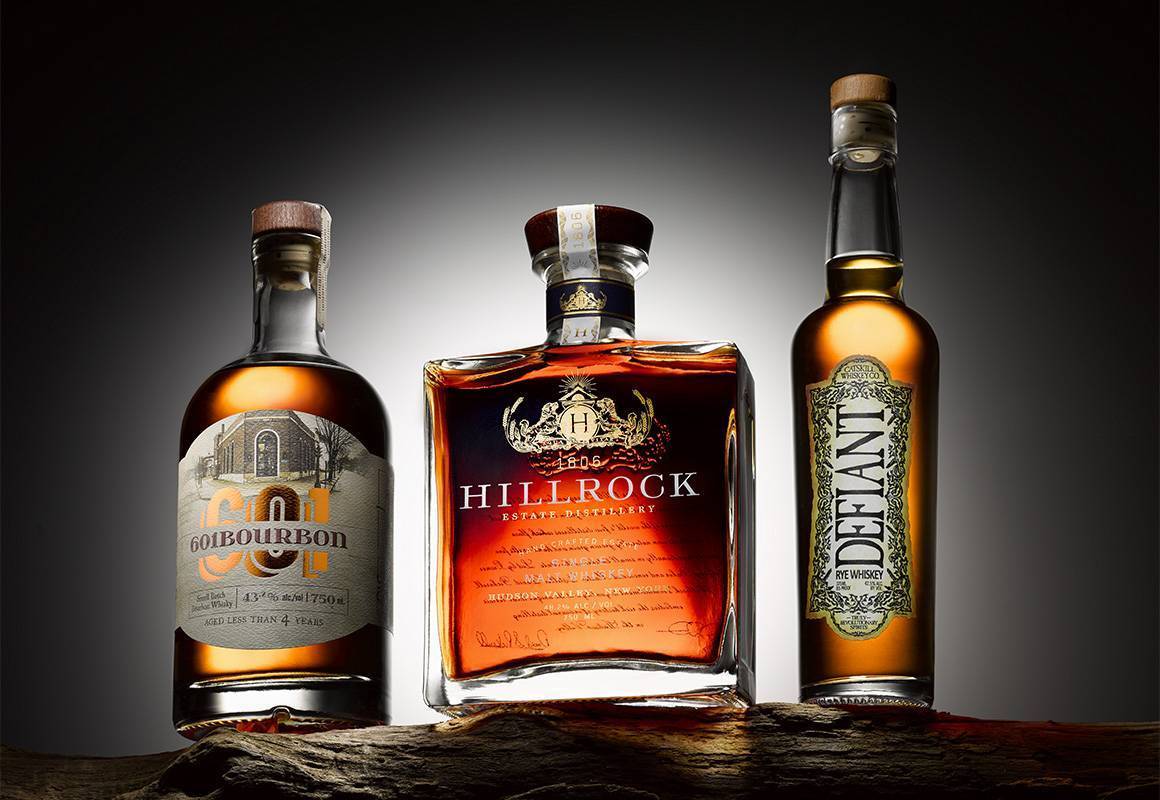 The 2015 edition of Jim Murray's World Whisky Bible has made headlines both for naming a Japanese single malt as the best whisky in the world and for the absence of Scottish whisky from the list's top five. The 2015 list is also notable for the fact that the number two and three spots are held by premium bourbons, the William Larue Weller 2013 and the Sazerac Rye 18-year-old 2013 -- both part of the Buffalo Trace Antique Collection. Small batch, premium bourbons have taken the world by storm in the last decade and a half but how has this drinks revolution come about? After all, it wasn't so long ago that bourbon whiskey was seen as distinctly inferior to whisky (only the Irish and North American variants of the drink are spelled with an "e") produced in Scotland.

Most bourbon is produced in north-eastern Kentucky. To call itself "bourbon" the spirit's majority ingredient must be corn and the drink must be matured for a minimum of two years in new oak barrels. There should be no further additives, colorings or processing. Contrary to popular belief, there is no requirement that bourbon be made in Kentucky. Jack Daniels, for example, is not classed as a bourbon because it is charcoal filtered, not because it is made in Tennessee rather than Kentucky.

Following the repeal of prohibition in the 1930s, bourbon whiskey was pushed to the margins by imports of Scotch and Canadian whiskey. Bourbon was seen by many Americans as a regional drink, with an image neither modern nor sophisticated. It didn't help that the quality of most bourbon at that time was abysmal. The seeds of the recent premium bourbon boom were planted during the mid-1950s by Bill Samuels who, by replacing rye with wheat, created a milder-tasting bourbon. Maker's Mark, the distillery Samuels founded in Loretto, Kentucky, took a long time to convince the world of the merits of smoother bourbon. In fact, it wasn't until the 1980s that the distillery's whiskey began at last to turn heads. In 1984, meanwhile, Blanton's produced the first single barrel bourbon. Overseas customers, used to aged Scottish whiskey, wanted aged bourbon. Because sales had been on the decline since the 1960s, distillers had aging barrels sitting in warehouses for which there was suddenly a market. Blanton's single barrel bourbon proved a hit overseas, particularly in Japan, but take-up in the United States was slow. During the 1990s craft distilleries began springing up, but still bourbon was often seen by the wider public as a drink of the South, of the old and the poor.

It has taken a host of recent cultural phenomena as diverse as the craft drinks trend and the success of the boozy, 1960s-set television drama Mad Men for bourbon to shake off enough of the old negative connotations to move beyond its core customer base. Since the turn of this century, though, sales of the premium drink have continually risen faster than that of the ordinary type, and drinkers of premium bourbon are today as likely to be urban, educated professionals as those of any other premium spirit. Single barrel varieties appeal to these consumers' elitist self-image. Bourbon's reputation as a "man's" drink, meanwhile, appeals to men worried about their masculinity. The emphasis on the industry's homespun heritage in its advertising and packaging is also reassuring to drinkers craving a connection to tradition.

Never mind that the mildness of the current crop of single barrel bourbons would be seen as a near-sacrilegious watering-down by the hardened rye drinker of old, or that the heritage tours of picturesque Kentucky distilleries present only one facet of the modern production process. To many drinkers, bourbon represents more than just an alcoholic drink. It is ironic, of course, that much of what is prominent in the marketing of premium bourbon today was only recently seen as a real hindrance.

The sales of non-premium bourbon, meanwhile, have been boosted too by the boom in small batch whiskey. It is here, though, that the gulf between the marketing and the reality is most marked. So accepted as a heritage product has bourbon become, that every overseas acquisition of a Kentucky brand or distillery raises the age-old fears that national treasures are being entrusted to foreign businessmen. Yet as bourbon proves its profitability at home and abroad, it naturally proves alluring to global multinationals from Europe and Japan.

Meanwhile the emerging wealthy classes of China and India, drawn to premium bourbon by the same heritage attributes which have lured Western urbanites, are beginning to show an interest in the drink. The challenge for the distillers is to retain their folksy image while increasing production and distribution -- but for every Buffalo Trace, there are still any number of small distilleries whose single barrel whiskies are waiting to be discovered by the clamoring crowds eager for something at once both new and old.